Clubbing is fun for most people. Some love it, some hate it. The problem with me is that I love it, but I hate it too. For obvious reasons, my deafness.

I'm not a regular club goer, but sometimes a night out is what I need to take the stress away, being able to dance the night away and have a laugh over a few drinks with my friends. Usually I'm reluctant to join people clubbing because of the isolation and embarrassment. The darkness is a devil. I'm unable to see in the night and unable to lipread and hear due to poor lighting and loud music. I know that most people find it difficult to hear in clubs, but can manage when someone is shouting in their ear. That doesn't work for me. I rely on lip reading.

I went clubbing with my boyfriend and his friends. For once I felt safe and protected when clubbing because not only did I have a lifeguard, paramedic and fireman with me (lol!) just knowing I had my 'deaf aware boyfriend' there on hand to help me out and look after me made me feel invincible. I know I go on about him a fair bit (maybe a bit more than that?!) but I'm trying to emphasise to you all how he has changed my life for the better.

During the night it started off being difficult to hear due to walking in the dark. It immediately put me on a downer and when my boyfriend asked, I said I was fine, when I'm fact I wasn't. I didn't want to ruin the night for him and I didn't want him to worry or feel bad. But I didn't give up. 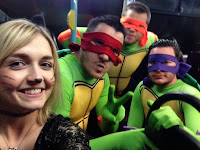 I didn't speak at all in the group to begin with because I didn't have a clue what we were talking about in the pub. Then when walking to the bus stop in the dark, everyone was laughing and joking around, yet I felt worse as I couldn't hear what was being said. Still I didn't give up and said to myself that things would get better. Throughout the night I didn't say much because I didn't know what was going on. Instead, I chose to ignore it and just have a fun night with my boyfriend and enjoyed being more involved in his life. It turned out to be a great night out. Only because he was there for me and helped me out lots and looked after me as he knows how vulnerable I feel. I think he's truly amazing.

The reason I say that he is my motivation in life is because, not only do I love him to the moon and back 1000 times, I look up to him as a role model. I know it sounds weird, but I really do look up to him and how positive he is regardless of tough times, he picks himself up and gets on with life, despite its struggles. I would love to be resilient like that. I hope one day I am strong enough to battle my difficulties and be more like him.

The night ended with me eating a hot dog (apparently, which I do not recall lol) and being a little bit drunk, and as you can imagine my hearing got worse as 'I wasn't quite with it' lol. He still looked after me and protected me. Despite my struggles and feelings of isolation and not being able to appreciate the conversations and humour, I still had a lovely time because both him and his friends made me feel included.

I hope they all know, especially my boyfriend 'S' how much I really appreciated it. 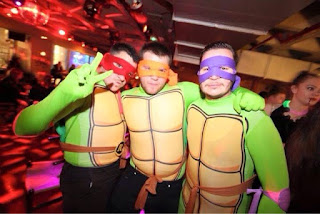 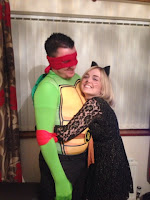